The main issue of the subject trial was whether the appellee “Rakuten”, who operates the largest Internet shopping mall in Japan, should take responsibility for a trademark infringement and therefore pay damages and/or be subject to an injunction together with the infringing web shop which had opened a store on Rakuten’s online shopping mall and sold products which constituted trademark right infringement. The Intellectual Property High Court (hereinafter “IP High Court”) issued a decision that such a shopping mall needs to take responsibility on certain conditions. In other words, the IP High Court decided that a trademark right holder may claim trademark infringement against such a shopping mall on certain conditions. However, in the subject case, as the appellee “Rakuten” deleted the pictures/indications of the infringing products from the website within a reasonable period from the arrival date of a caution issued by the appellant, the IP High court held that Rakuten did not infringe the subject trademark right. 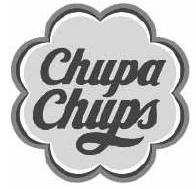 The appellee Rakuten, who is the defendant in the first trial, is a company providing marketing services, retail store services, consultation services and mail-order services and has been managing a shopping mall named Rakuten Ichiba” prior to April 2009, through which consumers can choose and purchase products sold by many online sellers . The sellers place their own web-pages on “Rakuten Ichiba”, and sell and indicate products via the web shops (virtual shops).
The web shop owners of the subject case made agreements with Rakuten Ichiba as to the opening of the shops in the shopping mall, and exhibited products bearing trademarks similar to the subject registered trademarks on their shopping site in Rakuten Ichiba, prior to August 10, 2009. The products were baby bibs, caps, straps for mobile phones, handbags, mugs and lunch boxes, and their pictures were as follows: 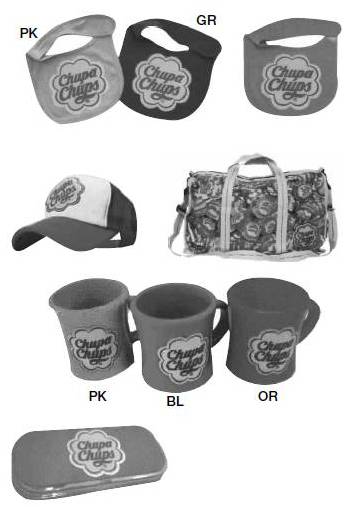 In the subject trial, the appellant claimed that the acts of exhibiting and selling the subject products in the appellee’s shopping mall “Rakuten Ichiba” shall constitute an infringement of the subject trademark rights by the appellee and correspond to acts of unfair competition, namely, a free-ride on the well-known mark “Chupa Chups”. The appellant thus claimed that the appellee should compensate for monetary damages based on Art. 709 of the Civil Law and Art. 4 of the Unfair Competition Prevention Act, and be subject to an injunction based on Art. 36, Par. 1 of the Japanese Trademark Act and Art. 3, Par. 1 of the Unfair Competition Prevention Act.
In the decision in the first trial dated August 31, 2010, the court held that the plaintiff’s claim should be rejected because the party who sold the infringing products through the web shops registered on the defendant’s website should be the sellers, rather than Rakuten, the defendant of the first trial.
The plaintiff was dissatisfied with the decision of the first trial, and filed an appeal before the court of second instance.

3.The gist of the appeal court decision:

It is clear that the holder of a trademark right is allowed to demand an injunction, for example deletion of web pages, and to claim for damages based on the trademark rights directly against the infringing online sellers, when the sellers have opened their web shops (shopping page(s)) on a website like the appellee’s Internet site, displayed products bearing a third party’s trademark in the virtual shop where consumers can view and purchase the exhibited products through a certain process, and sold the infringing products, which constitutes an act of trademark infringement.

Additionally, under the following conditions, it would be reasonable for a trademark right holder to claim for damages and demand an injunction based on its trademark rights against the administrator of the online shopping mall site after a reasonable period.

・The administrator not only provides environments where a seller can open its website, but also administrates and controls the seller and its website (note: the underlined part added by the author). More specifically, the appellee provides an operating system, decides whether or not it permits the seller to open a web shop on the web mall, temporarily stops operation of its seller’s web shop when necessary or when the shop has caused trouble, or completely stops the operation of the shop.
・The administrator has obtained business benefits, for example usage fees for systems and shop opening fees from the seller.
・There is a rational reason(s) sufficient to recognize that the administrator was aware or was able to be aware of the trademark infringement made by the seller.
・The infringing content has not been deleted from the website within a reasonable period.

Considering all the various factors together, when the online shopping mall administrator has been informed by a trademark holder that there has been a violation of the Japanese Trademark Act, the administrator should promptly conduct an investigation on whether there has been any infringement and also seek opinions from its seller and/or take other possible measures where necessary. If the administrator has taken such action in a reasonable manner, it should not be made liable for damages or be subject to an injunction. However, if it has failed to take such action, then the administrator should bear responsibility for the seller’s trademark infringement, together with the infringing seller. 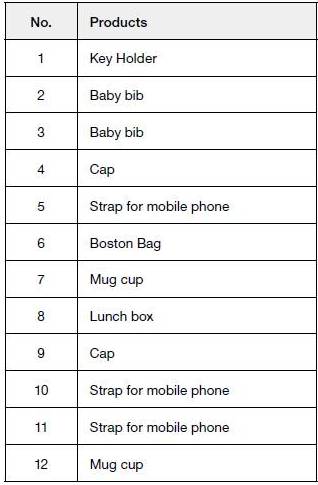 (This chart shows products sold by 12 infringing sellers in Rakuten Ichiba. Nos. 9 through 12 are recognized after the filing of the appeal.)

The subject case is interesting in the point that it sought to determine who should be responsible for damages in a practical manner, rather than relying too much on the word definitions in the related articles of the Japanese Trademark Act. The Japanese Trademark Act has articles of definitions regarding acts of use of trademarks and the acts that naturally constitute an infringement of trademarks. Additionally, there are definitions of acts which are deemed to be trademark infringement (so-called indirect infringement). Rakuten’s acts did not seem to correspond to any of them. However, the decision implies that there is a possibility that Rakuten might be responsible for damage. The decision was epoch-making on the aforementioned point, but at the same time it included some risks as follows: Regarding the subject case, it is relatively clear that the mark attached to the seller’s products is similar to the appellant’s registered trademarks in appearance, and the seller soon admitted that they had actually infringed the trademarks. Thus, it might have been relatively easy for the administrator of the Internet shopping mall Rakuten to judge whether the seller’s products constituted trademark infringement. In fact, the appellee did not argue from the beginning of the first trial on whether the products constituted trademark infringement. Therefore, in the subject case, it might have been possible to decide that the arrival date of the content-certified mail sent by the appellant’s attorney or the arrival date of the written complaint of the first trial was the date when the appellee recognized the trademark infringement. However, it would be ordinarily difficult for an administrator of such an online shopping mall to judge whether products constitute trademark infringement. This is because its seller might have a license to use a trademark right or a seller’s products might be genuine products which might have been legally imported on a parallel import basis etc. Such a judgment would be usually possible only by a trademark right holder or a buyer of products. Accordingly, if the decision means that an administrator of an online shopping mall must judge whether there is trademark infringement and delete pictures and so on of infringing products from the website as soon as it receives a letter of warning or a written complaint, it would subject an administrator to very strict conditions and impractical requirements.
Since the period for filing an appeal to the Supreme Court has not lapsed, it is not yet clear whether the decision made by the IP court will become final and binding.